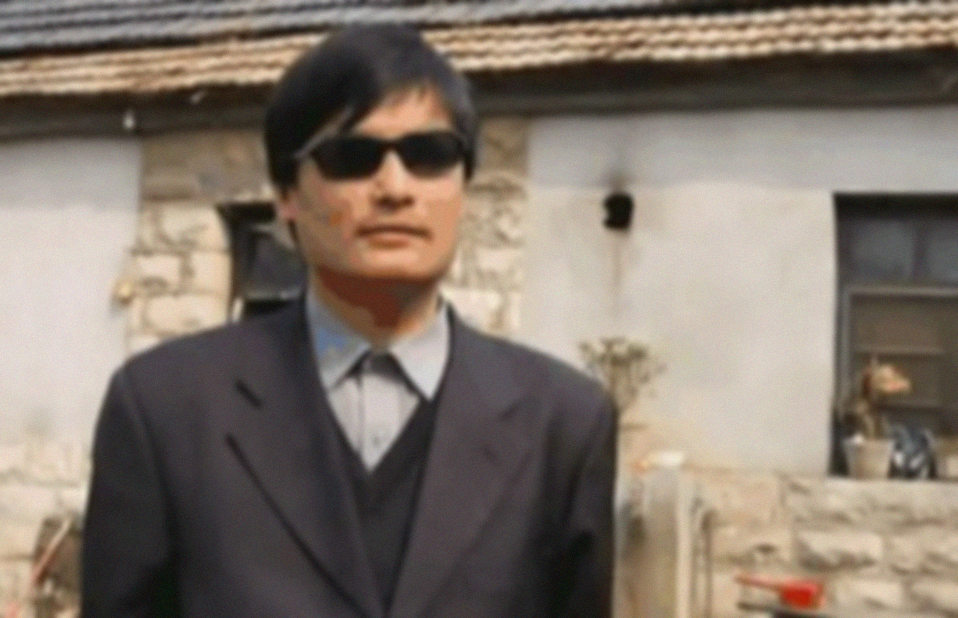 Based on sources from friends of the victim, it is confirmed that during July of 2011, Chen Guangcheng, a Chinese human rights lawyer under house arrest, and his wife, Yuan Weijing, were severely beaten by the thugs hired by local authorities. This is the first major exposé of Chen’s situation under house arrest since the incident of leaking his interview footage during February 2011. It is roughly estimated that scores of visitors and reporters were beaten away from Chen Guangcheng’s village during attempts of visiting the Chen family. We are calling international society and groups’ attention and help to pressure the Chinese government to stop the abuses.

Chen Guangcheng was born November 12, 1971, in Yinan, Shandong Province.  He lost his sight in both eyes as an infant.  Despite his handicap, Chen went to school in his village and received an education.  Later, he managed to educate himself in legal matters, and began to take local cases on forced abortion and forced sterilization. This activity did not escape the attention of local authorities, who began to harass and intimidate him. He was sentenced 4 years and 3 month in 2006. After his release in 2010 he was immediately put under house arrest.

During Chen Guangcheng’s house arrest, ways of communication were cut off from outside of his house. Local authorities have installed signal interception device to block cell phone services. However, on July of 2011, Chen was able to make a call to a friend with a hidden cell phone after the signal interception device was struck by lightning. During his conversation, Chen said that his health was in very bad condition. Since he was put under house arrest, he kept having blood in his stool. He also claimed that he was forbidden to leave the house, even for buying daily supplies. Chen also mentioned that he wants his 6-year-old daughter to receive a proper education.

However, this telephone call was tapped by local authorities. Days later, Chen Guangcheng and his wife Yuan Weijing, was severely beaten by a group of thugs led by its thug leader, Zhang Jian. Zhang Jian and other thugs questioned Chen Guangcheng about the the source of cellphone. After Zhang Jian found the cellphone hidden in their house, he and other thugs started beating Chen and his wife for four straight hours. Neighbors heard the couples screaming and their 6 year-old daughter crying through the torture.

After the beating of Chen and his wife, witness saw doctors arrived at their house. It is believed that Chen and his wife are in very critical condition because the local government would not call doctors if it is not life threatening.