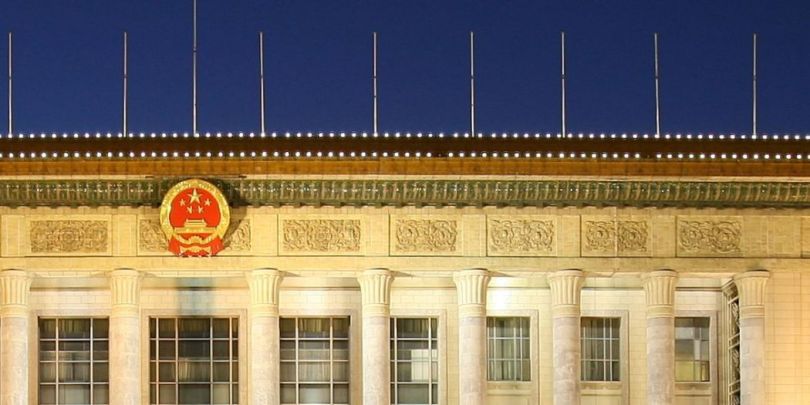 An open letter to Chinese citizens and friends of China at home and abroad from parliamentarians, academics, advocates and policy leaders.

The current global crisis has been caused by the regime so many of you have been tolerating or supporting for decades.

On 2 April 2020, a group of one hundred Chinese establishment scholars wrote an open letter decrying the “many critical voices politicising the COVID-19 pandemic”. They stated that “(at) this stage of the pandemic, the exact source and origin of COVID-19 remain undetermined, but these questions are unimportant and finger pointing is demeaning and hurtful to everyone”. They also argued against what they alleged is the politicising of the epidemic.

The open letter exemplifies what the independent intellectual Professor Xu Zhangrun has called the “ridiculous ‘Red Culture’ and the nauseating adulation that the system heaps on itself via shameless pro-Party hacks who chirrup hosannahs at every turn”.

Professor Xu—now under house arrest—has called on his compatriots to stop their uncritical support for the Chinese Communist Party (CCP), and instead to “rage against this injustice; let your lives burn with a flame of decency; break through the stultifying darkness and welcome the dawn”.

While the exact source and spread of the virus are not clear yet the question of origin is highly important, for the people of China and for all humankind: only by understanding how this global disaster could emerge we can prevent it from happening again.

The roots of the pandemic are in a cover-up by CCP authorities in Wuhan, Hubei province. Under the influence of the CCP the World Health Organisation first downplayed the pandemic. Taiwanese health officials also allege that they ignored their alerts of human-to-human transmission in late December. Under pressure from the CCP, democratic Taiwan—which has coped with the pandemic in exemplary fashion—is excluded from the WHO.

We should never forget that China’s Chernobyl moment was a self-inflicted wound. The CCP silenced Chinese doctors who wanted to warn other health professionals during the early stage of the outbreak: Dr Ai Fen can no longer appear in public after accepting a domestic media interview; her colleague Dr Li Wenliang died while fighting the virus in Wuhan. On his deathbed Dr Li famously said that “a healthy society shouldn’t have only one voice”.

The Chinese entrepreneur Ren Zhiqiang wrote that “without a media representing the interests of the people by publishing the actual facts, the people’s lives are being ravaged by both the virus and the major illness of the system.” He disappeared on March 12.

The courageous citizen journalists Chen Qiushi, Fang Bin and Li Zehua, who tried to report freely about the situation in Wuhan, now are also missing.

Mainland China’s political malaise goes beyond the leadership failure of Xi Jinping. In a recent video message a young student called Zhang Wenbin reflected on his evolution from an uncritical CCP supporter to a critical citizen with a conscience: “Since I scaled the Great Firewall, I gradually came to the realization that the Chinese Communist Party has extended its dragon claws into every corner of the world, including collective farming [1950s], the Cultural Revolution [1966-1976], the Great Famine [1958-1961], the One-Child Policy, the Tiananmen massacre [1989], as well as the persecution of the Falun Gong [spiritual movement], and the peoples of Tibet, Hong Kong and Xinjiang…Yet everyone continues to turn a blind eye, singing the party’s praises. I just can’t bear it”. Zhang disappeared shortly after recording his message. His friends fear he will face interrogation and torture by the secret police.

The global pandemic forces us all to confront an inconvenient truth: by politicizing all aspects of life including people’s health, continued autocratic one-party rule in the People’s Republic of China has endangered everyone. Rather than trusting the CCP’s intentions and accepting establishment academics’ uncritical approval of the party-state’s policies, we should pay greater attention to the voices of what can be termed ‘unofficial’ China. These independent-minded academics, doctors, entrepreneurs, citizen journalists, public interest lawyers and young students no longer accept the CCP’s rule by fear. Neither should you.

As an international group of public figures, security policy analysts and China watchers we stand in solidarity with courageous and conscientious Chinese citizens including Xu Zhangrun, Ai Fen, Li Wenliang, Ren Zhiqiang, Chen Qiushi, Fang Bin, Li Zehua, Xu Zhiyong, and Zhang Wenbin, just to name a few of the real heroes and martyrs who risk their life and liberty for a free and open China. Their individual voices are already forming a chorus. They demand nothing less than a critical evaluation of the impact of CCP policies on the lives of Chinese citizens and citizens around the world. We urge you to join them.