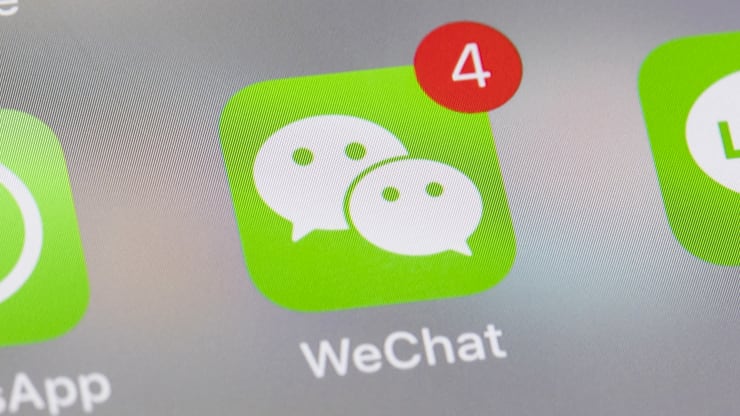 CPIFC prepares to launch a class action lawsuit against WeChat

On February 6th, 2020, coronavirus whistleblower doctor Li Wenliang died of the virus as well as from the suppression of speech, leaving behind a rousing yet commonsensical remark: “A healthy society should not have just one voice.”

Meanwhile, the coronavirus continues to ravage because the truth is hidden. The virus is now threatening the lives of millions of Chinese people and people around the world. All of a sudden, Chinese people are awakened: “Letting people speak their minds is not life-threatening. However, silencing people costs the lives of many. ” The voice for freedom of speech is unprecedentedly strong and eager.

Doctor Li Wenliang’s story started from him posting a message on WeChat group chat. He mentioned that, “There are 7 confirmed cases of SARS at Huanan Seafood Market…the latest news is, it has been confirmed that they are coronavirus infections.” WeChat’s monitoring led to his eventual doom.

Li Wenliang is by no means the only one who has been “admonished” or severely prosecuted because of WeChat’s monitoring function. The former president of the Xinjiang Food and Drug Administration’s Department of Inspection and Supervision and the former principal of Xinjiang Medical University, Halmurat Ghopur, is another victim. He was accused of exhibiting “nationalistic tendencies” on WeChat, and was sentenced to death with two years of suspension for attempting to split the country and carrying out extreme propaganda. The Christian Zhang Haitao was sentenced to nineteen years in prison for sending WeChat messages advocating human rights.

There are many more examples of WeChat providing messages as evidences for prosecution. Citizen Power Initiatives for China has been cooperating with other entities and individuals to collect these cases, which are all caused by the monitoring of WeChat. These are human rights cases where people are found guilty for their internationally protected speech.

This is not the only sin of WeChat. In fact, WeChat is a tool used by the Government of China to censor speech at home and abroad. A large number of internet policemen and internet commentators have been stationed on WeChat. They arbitrarily shut down accounts for publishing “illegal” speech and sensitive information, or block users without their acknowledgement. In the meantime, they guide public opinion to brainwash the people according to the instructions of the CCP. WeChat has many essential functions such as storing information, payments, purchasing tickets, obtaining medical care, etc. Therefore, shutting down accounts arbitrarily harms the rights of users and causes financial losses.

WeChat can also function for espionage, by collecting various types of user information at any time. The privacy of users is seriously violated. The resulting losses and potential harm caused are difficult to estimate.

WeChat is a social media platform developed by Tencent Holdings Ltd. (Tencent), which is the largest tech company in China. Tencent was listed in the Hong Kong Stock Exchange and as an ADR stock in the U.S. as TCHEY. TCEHY trades on the New York Stock Exchange and is regulated by American Securities Association. By concealing its relationship with the Chinese government when it registered in the U.S., Tencent covered the political risk of its stock value and puts the investors’ assets in danger. There are over 700 subsidiary companies of Tencent, dozens of which are listed in the U.S. Tencent is thus taking the advantage of American capital to develop and participate in the deployment of the Chinese Ccommunist Party’s national surveillance system. Besides improving WeChat’s surveillance mechanism, Tencent puts great efforts into developing other technologies that help with political repression. These technologies include facial recognition system and other AI surveillance solutions.

In the past, WeChat adopted a content filtering mechanism called “one APP, two systems.” It censors domestic users and overseas users separately to circumvent the protection of the freedom of speech in the laws of democratic countries. Recently, however, the “one APP, two systems” model has evolved into “one APP, one system.” The information of many overseas users is undergoing censorship that is equivalent or even harsher than those on domestic users. The built-in browser of WeChat blocks websites from overseas users; overseas users are blocked on a large scale; more and more information is filtered; and people are banned from messaging. The People’s Armed Police uses the information provided by WeChat to harass, threaten, suppress, and prosecute the families of overseas Chinese activists.

Many WeChat users and shareholders have been raising the above questions on different occasions for a long time. They have expressed concern and discontent about the issue. Many users discussed with our team on how to fight against WeChat, and we have learned some powerful cases in the process. The death of Li Wenliang led to a consensus among Chinese people on requesting the freedom of speech. However, the Chinese government is intensifying its efforts to suppress speech and covering up the truth instead of learning lessons. This shows that maintaining the stability of its regime is far more important than millions of lives of Chinese people for the CCP.

We believe that Tencent has become the technology shackle for the CCP to restrict the freedom of the people. What Tencent has been doing domestically and overseas constitutes a serious violation to human rights and violates Chinese, American laws as well as the international law. We must start a battle for the freedom of speech, taking a stand against WeChat. By doing so, we can open space for the freedom of speech in China. This is why Citizen Power Initiatives for China officially is starting a class action lawsuit against WeChat (Tencent) in the United States, a project we have been planning and preparing.

What we will do is the following:

2. Set up a team to continue collecting and sorting the following four types of cases (Please send the information to wechatfight@gmail.com)
a) cases of being severely prosecuted directly caused by the censorship of WeChat.
b) cases of suffering large financial losses from the closure of one’s own account. The closure is due to improper speech and/or sensitive information.
c) cases of suffering mental and material loss due to violation of privacy by WeChat.
d) cases of investors who suffer losses from Tencent hiding its relationship with the Chinese government.

3. Discuss with the lawyer team to choose the most powerful cases, then initiate the lawsuit formally. We plan to start from the cases of victimization of American citizens and permanent residents.

4. Mobilize Chinese victims with Mr. Lu Nan (gmaiyl@gmail.com). Connect with the class action group of Chinese WeChat users and cooperate with them to carry on a larger-scale class action.

We invite individuals and groups to collaborate with us. We need more volunteers to work together and win this battle for the freedom of speech.