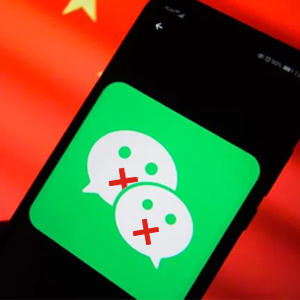 Citizen Power Initiatives for China (“CPIFC”) filed a lawsuit today in the Superior Court for the State of California, Santa Clara County, alleging that the censorship and surveillance practices and policies of WeChat, the dominant social media and payments application in the Chinese-speaking world, violates numerous aspects of California law. Joining the lawsuit are six California WeChat users who have suffered significant financial, emotional, and psychological harm as a result of those practices and policies. The lawsuit asks the court to declare that the challenged practices and policies are unlawful under California law, issue an injunction against them, and to order that defendants pay damages for the harms they caused. The defendants are Tencent America LLC and Tencent International Service. Ltd.

The lawsuit is the product of a nearly year-long investigation by CPIFC and its attorneys, which included interviews with hundreds of WeChat users in the United States. It was inspired by outrage felt across the Chinese-speaking world over the role censorship and surveillance on WeChat played in exacerbating the coronavirus outbreak in Wuhan, as well as outrage felt by many U.S. WeChat users over their seeming inability to communicate over WeChat free of such censorship and surveillance, even in the United States.

“As the global erosion of democratic values shows little sign of relenting, this lawsuit is part of our attempt to slow that erosion, and to perhaps help turn the tide, by relying on the rule of law,” said Dr. Yang Jianli, CPIFC’s founder and president. “Democracy depends on being able to communicate free of politically motivated censorship, and hopefully this lawsuit will help Chinese-speaking Californians, who make up so much of the Chinese diaspora, do just that.”

The plaintiffs are represented by North River Law PLLC, a human rights law firm based in Washington, DC, along with Schonbrun Seplow Harris Hoffman & Zeldes LLP, a law firm with deep experience in human and civil rights litigation based in Los Angeles, California, and the Lanier Law Firm, a nationally renowned litigation and trial firm based in Houston, Texas.