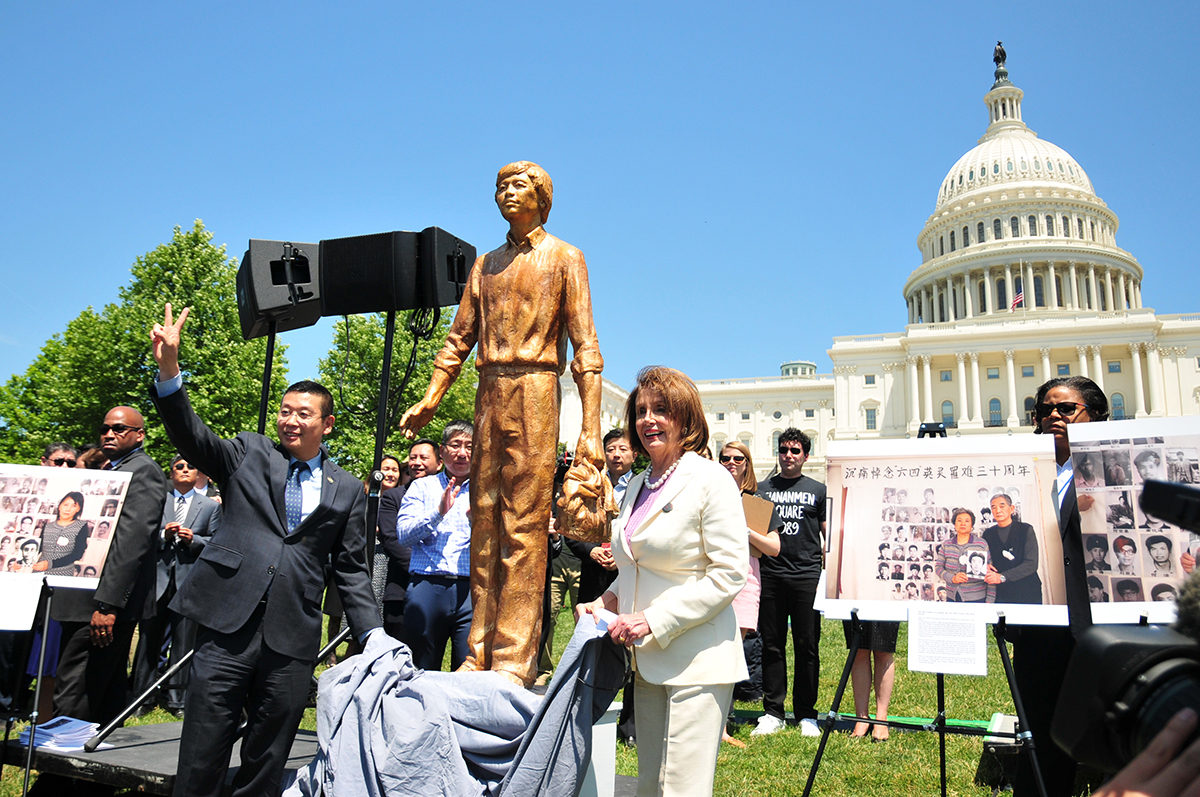 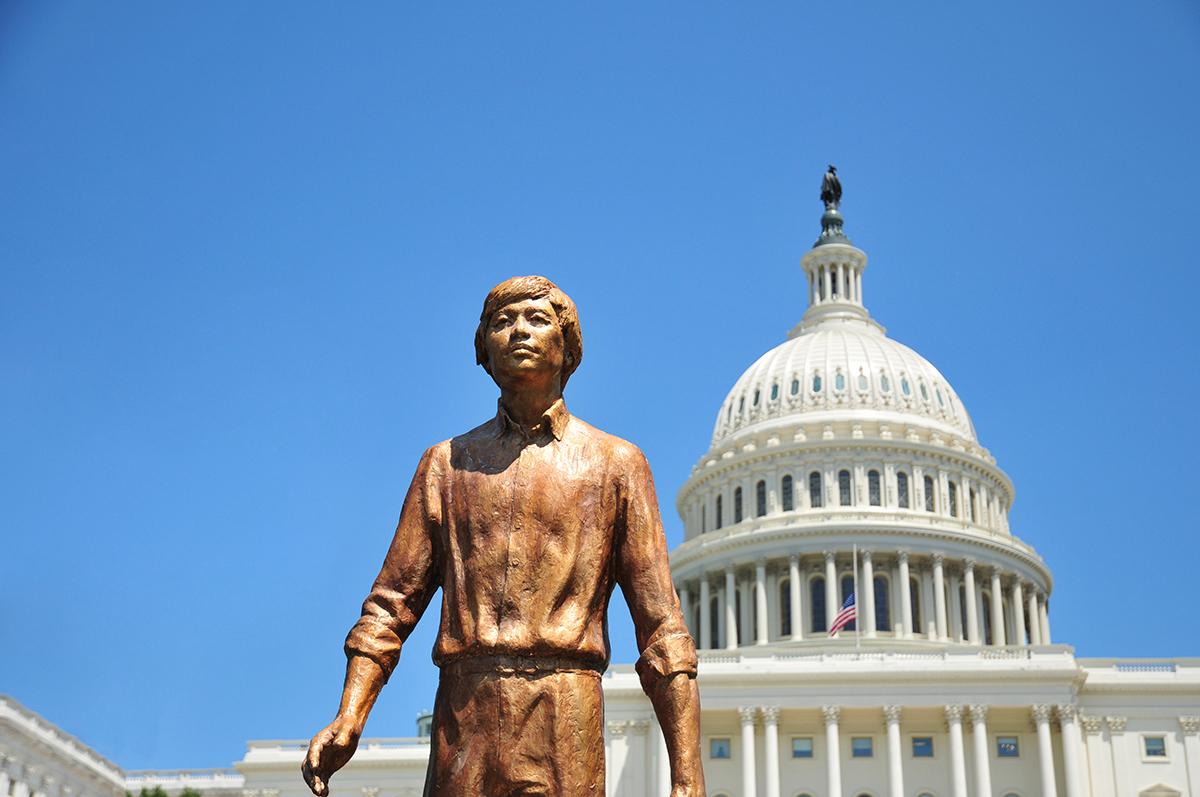 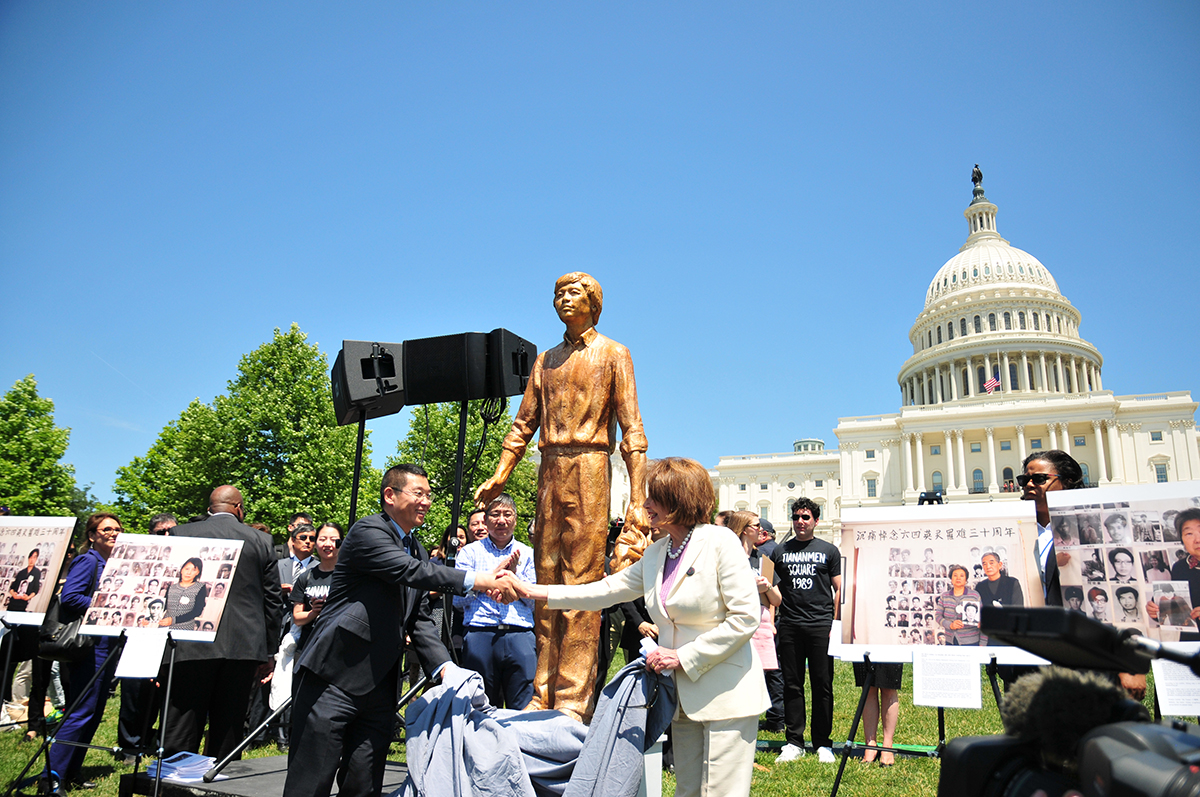 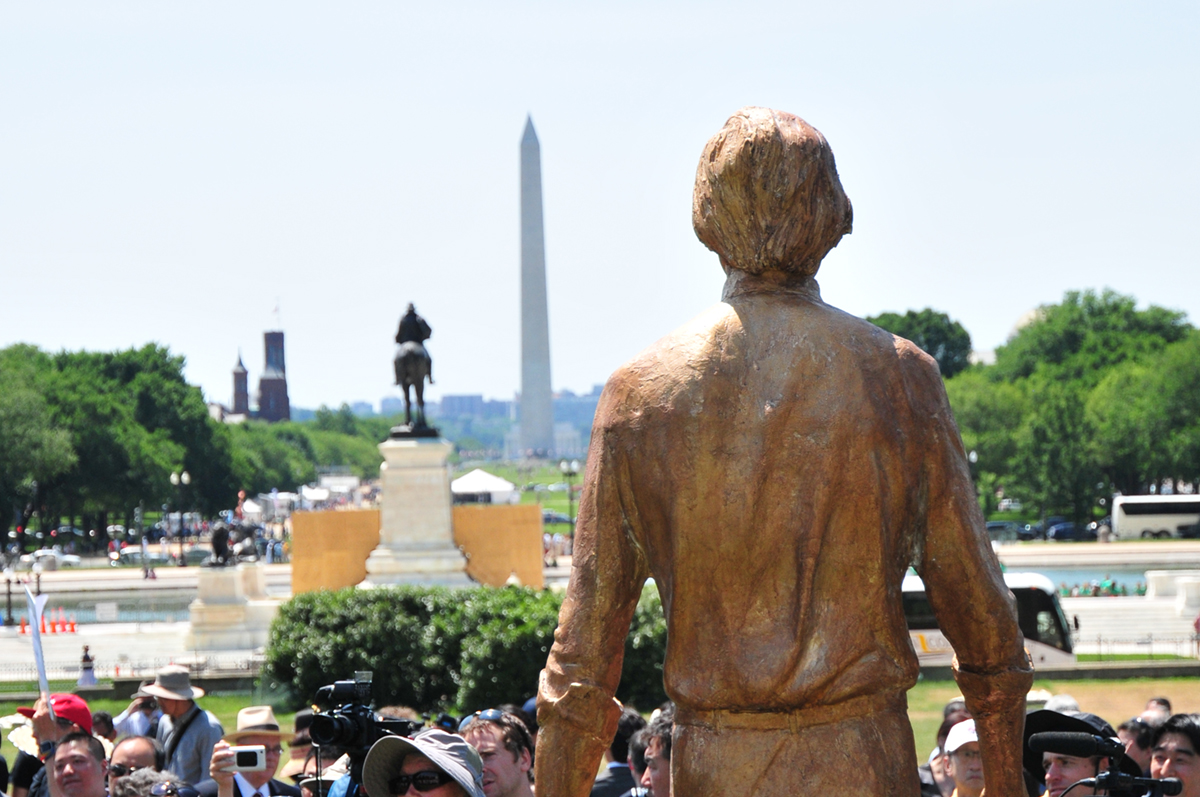 On the eve of the 30th anniversary of the Tiananmen Square Massacre we launched this “Tank Man” statute campaign, hoping to bring to life this unidentified but most iconic young Chinese man who blocked the path of a column of People’s Liberation Army’s tanks that were heading down Chang’an Avenue in Beijing near Tiananmen Square on June 5, 1989, the day after hundreds or thousands protesters were killed.

The image of the Tank Man has since become a symbol of the 1989 pro-democracy protest, as well as a symbol of human courage and non-violent resistance against oppression worldwide. Time Magazine named the Tank Man one of the “Most Important People of the Century,” stating that “with a single act of defiance, alone Chinese hero revived the world’s image of courage.” The Tank Man’s heroic act has inspired many countries and communities in the world to create their own “Tank Man” moments during their fights and struggles for freedom and human rights.

However, China’s state-led censorship created a collective amnesia in which new generations do not recognize the Tank Man nor the circumstances of his bravery. To establish a statute for the Tank Man, we can celebrate his life, recognize his act, preserve his legacy, safeguard the memory.