Attached is a letter addressed to President Trump calling on him to simply follow what is in the law…to bring the Castro Regime to an international tribunal for the massacre of February 24, 1996, when two US unarmed civilian planes were shot down over international air space, with the 4 Americans on board murdered.  We need your help with your signature and that of those international human rights activists who are part of your network and who you can reach out to.  The anniversary of the massacre is coming up on Saturday.  We are very thankful and grateful for any and all help that you can give.
Please send your response to Mr. Orlando Gutierrez: orlando4952@hotmail.com 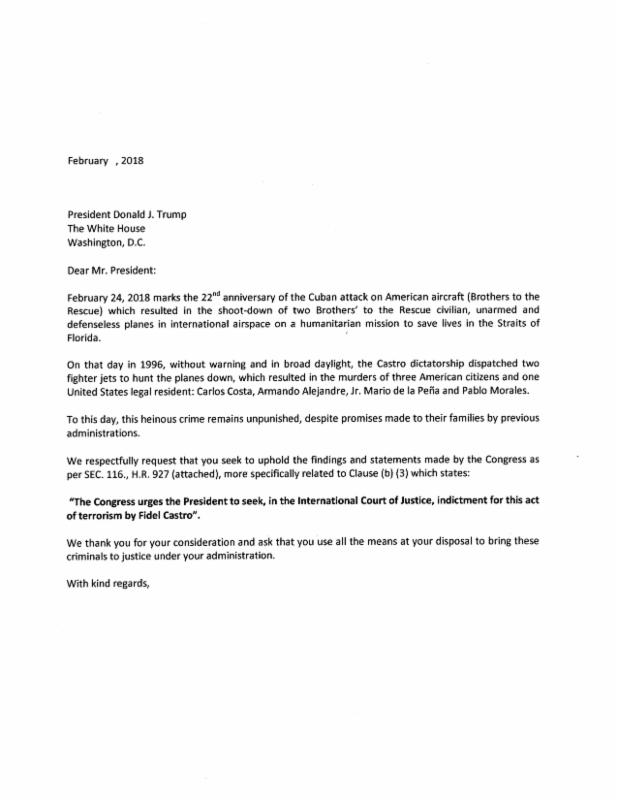 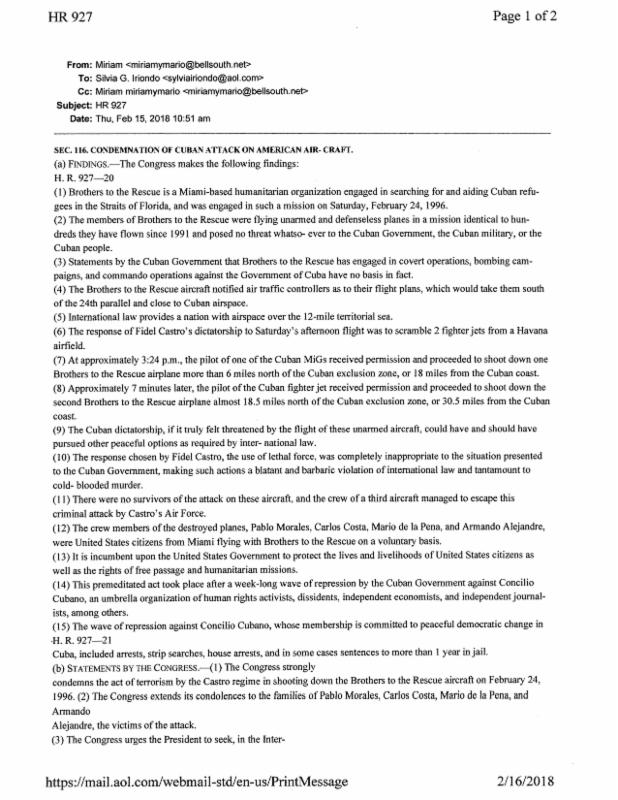 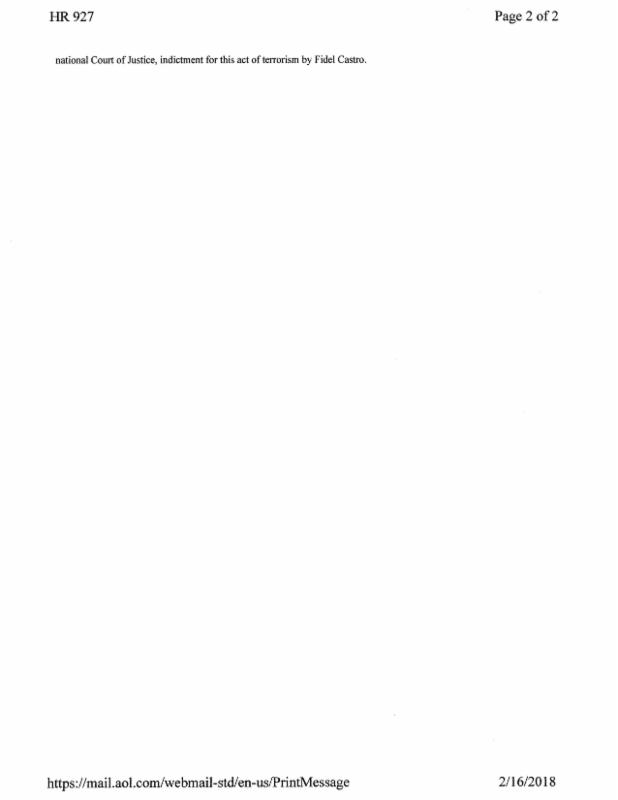