CPIFC Briefing Series: A tightening grip: The rise of authoritarianism and the erosion of freedom in Hong Kong

This is the summary of Benedict Rogers’ Nov.1 talk at Citizen Power Forum run by Citizen Power Initiatives for China. To watch the video for the whole event, please click http://www.youtube.com/watch?v=8_WKQyvb9Tc&t=17m20s) 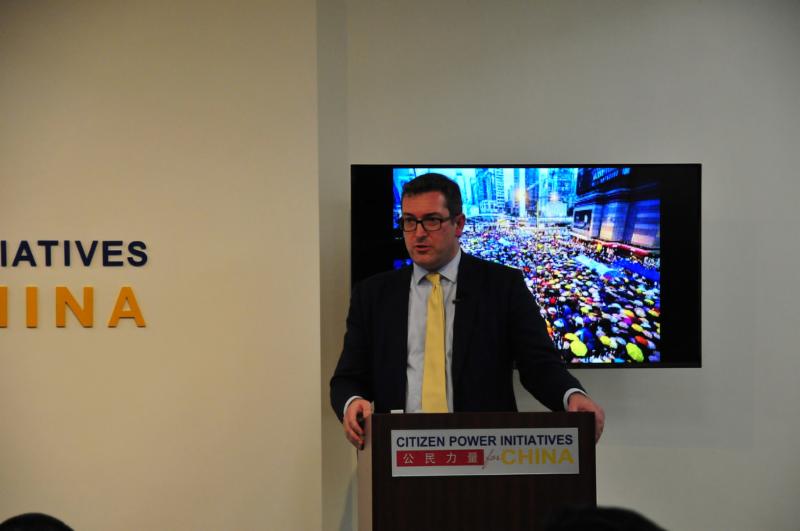 It is my great privilege to be speaking today at the first of the Citizen Power Forum events. Initiatives like this are vital in a day when the Chinese Communist Party are using sharp power to attempt to silence pro-democracy and human rights voices.
I have worked on and spoken widely on a range of issues relating to China, from the persecution of Uighur, Falun Gong and Christians, to writing articles about Taiwan or the imprisonment of Uighurs, to commenting on China-Vatican relations. I do so in several capacities: as East Asia Team Leader at the international human rights organisation CSW, which is my full-time job; as co-founder and Deputy Chair of the Conservative Party Human Rights Commission, which in 2016 conducted an inquiry into human rights in China and published a report, The Darkest Moment: The Crackdown on Human Rights in China 2013-2016; and as co-founder and Chair of Hong Kong Watch. It is in that capacity that I am here tonight, to talk specifically about Hong Kong. Why? For two reasons: first because of my personal history – I spent five years in Hong Kong as a journalist shortly after the handover and have a deep love for the city; yet in October 2017, when I was attempting to visit the city to see friends I found myself denied entry at the border: an article I had written in support of the pro-democracy movement in 2017 meant that I was blacklisted and not allowed in – my case exposed the severity of the crackdown and drew me to start Hong Kong Watch: the first international human rights NGO which focuses exclusively on Hong Kong. And this ties to my second reason for speaking about Hong Kong today: our research at Hong Kong Watch shows that in the wider story about the increasing crackdown on civil society in China, Hong Kong has seen both an unprecedented crackdown in recent years but is also often neglected. I am here to say that when the USA raises human rights abuses in China, Hong Kong must not be forgotten.
In recent years, Hong Kong has experienced an unprecedented crackdown on its freedoms. Booksellers have been abducted, student protestors have been imprisoned, political candidates have been disqualified from running for election and legislators have been barred from the city’s legislature. Press freedom, academic freedom and the rule of law are all facing pressures in an atmosphere where Xi Jinping’s authoritarian rule increasingly limits freedom.
As with elsewhere in China the initial turning point was the rise of Xi Jinping. There has been a qualitative change in the government’s policies in Hong Kong since President Xi came to power. The more laissez-faire approach of his predecessors has been replaced with an increasingly authoritarian mindset: one which prides control above all else – even the economic prosperity and institutions which Hong Kong’s reputation has been built on.
Hong Kong’s once free press, markets, law-courts and universities are being progressively drawn into the orbit of CCP control. Hong Kong is signed up to UN human rights standards, and the ICCPR is incorporated into the constitution – but this has not halted the crackdown.
The key watershed moment was the student-led ‘Umbrella Movement’ protests of 2014. An unprecedented outpouring of support for democracy, hundreds of thousands occupied the streets for 79 days, calling for the government to grant them universal suffrage. This was a unique movement in Hong Kong; led by inspiring young people – some of whom I am now privileged to call my friends. It inspired the world and it awakened me to the changing situation in Hong Kong: every time I speak about Hong Kong I wear this yellow tie – to stand with the ‘yellow ribbon’ activists of the Umbrella Movement. I know few places in the world where people value their freedoms so highly: Hong Kongers deeply inspire me.
But this movement exposed the power of civil society in Hong Kong, and Beijing saw that as a threat: the crackdown has been excessive and breached human rights. It continues today and threatens to undermine Hong Kong’s unique handover settlement – which is supposed to protect human rights – permanently.
The crackdown has found expression in varying forms: the most obvious place to start is with a crackdown on political protestors. More than 100 political protestors have been prosecuted and the activists imprisoned. This includes Joshua Wong, Alex Chow and Nathan Law, the leaders of the Umbrella Movement that Senator Rubio and Congressman Chris Smith nominated for the Nobel Peace Prize. It also included Edward Leung, one of Hong Kong’s most talented young activists, was sentenced to six years in jail for “rioting” for his involvement in the Mong Kok protests of February 2016. This was more than a Hong Kong police officer received for raping a woman in a hotel room. Aged 27, Mr Leung neither has a prior criminal record, nor did he in any way join those who threw stones. Yet the Hong Kong government chose to lock-up and shut-up one of their most powerful opponents for six of the most formative years of his life. 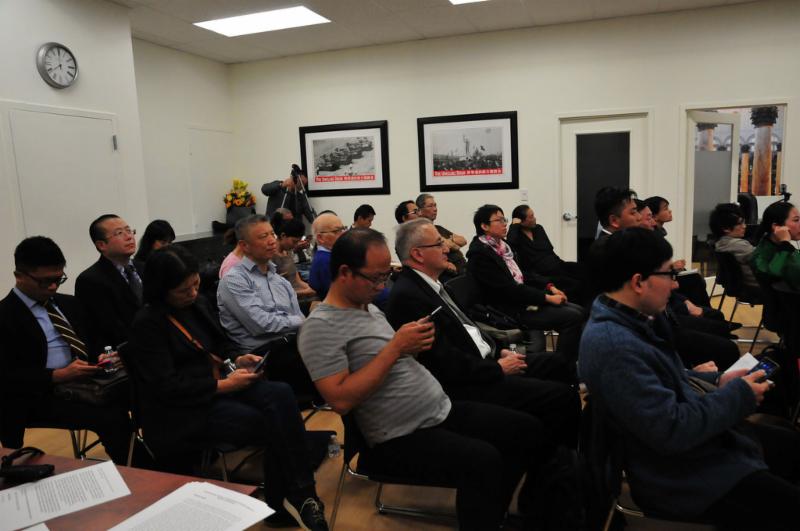 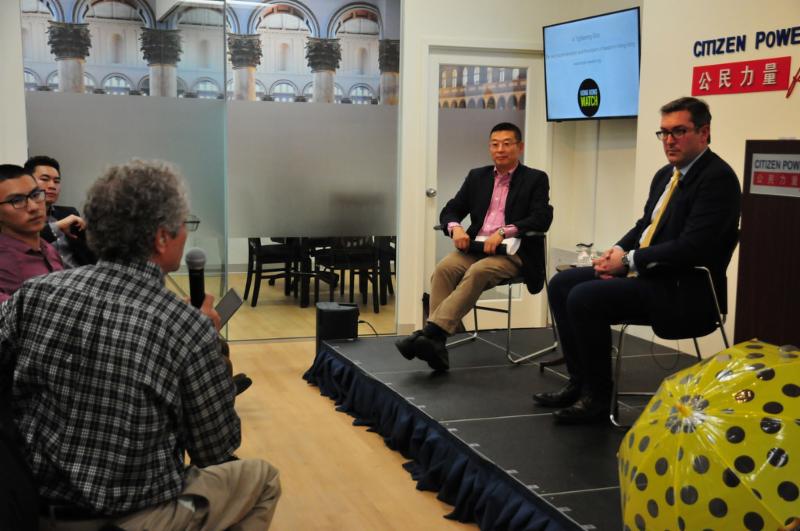 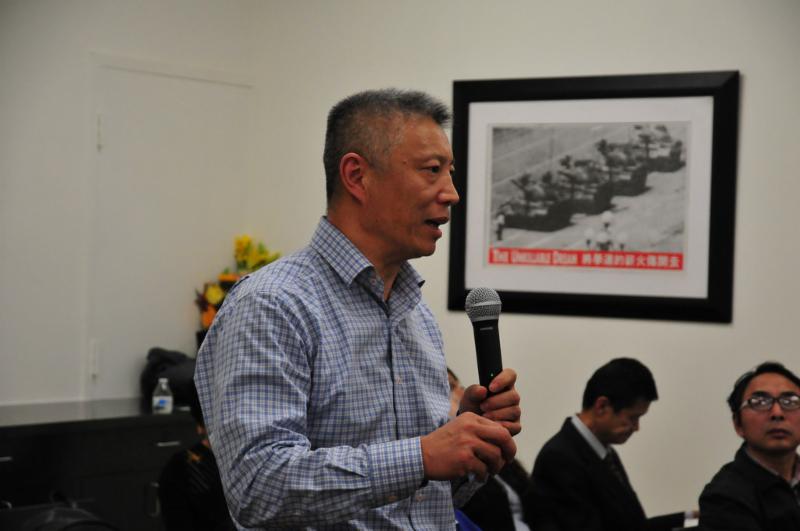 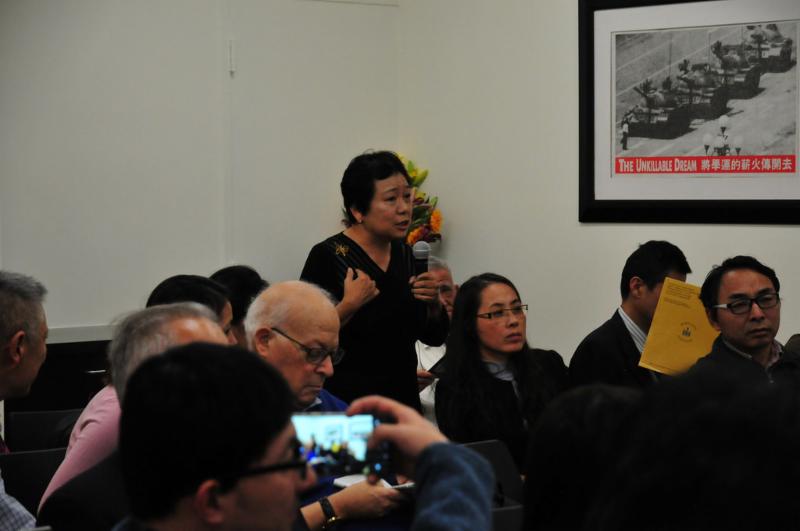 Benedict Rogers is the co-founder and Chair of Hong Kong Watch, a new advocacy organization established last year to speak up for Hong Kong’s freedom and the rule of law. On 11 October 2017, Ben was denied entry to Hong Kong upon arrival, on the orders of the Chinese government, an incident which drew international media attention.
Ben is also the East Asia Team Leader at the international human rights organization CSW, which works for freedom of religion or belief for all, co-founder and deputy chairman of the UK Conservative Party‘s Human Rights Commission, co-founder of the International Coalition to Stop Crimes Against Humanity in North Korea, Senior Fellow at the Religious Freedom Institute, a trustee of the Chin Human Rights Organisation and the Phan Foundation, and a member of the advisory board of the International Coalition to End Transplant Abuse in China.
He is the author of six books, and a regular contributor to international and national media including The Wall Street Journal, The New York Times, The Catholic Herald, The Diplomat and The Huffington Post and has appeared on BBC, CNN, Sky, Al Jazeera and other television and radio stations. He has testified before the US Congress, European Parliament and British Parliament and is a regular speaker at conferences and universities.