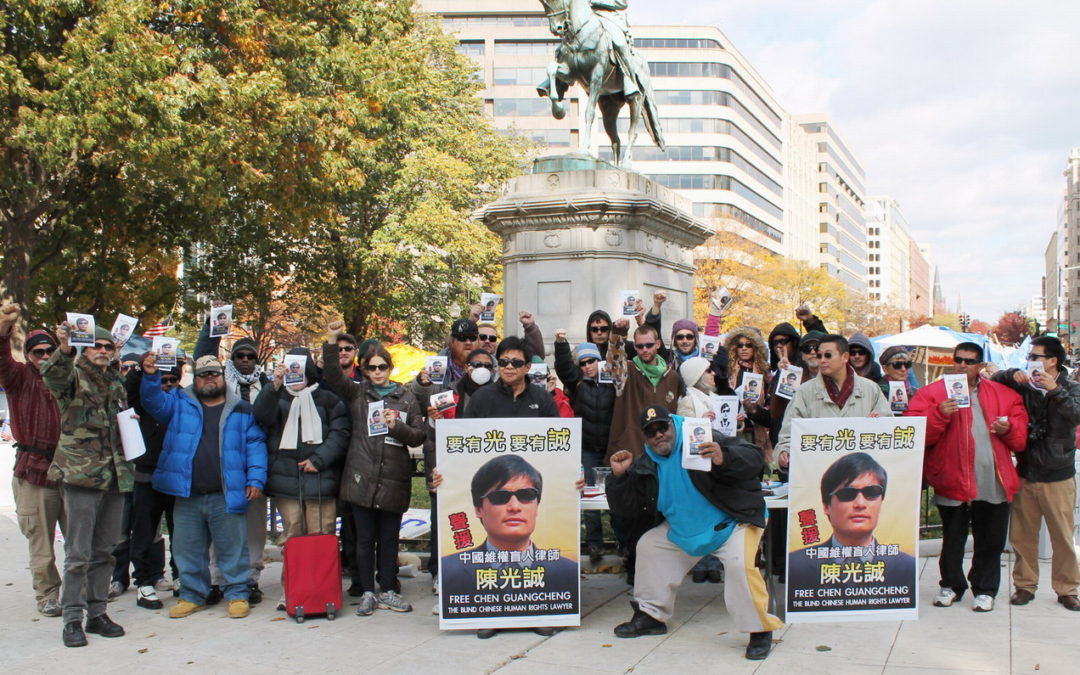 Mr. CHEN Guangcheng lost his sight in both eyes as an infant. Despite his handicap, Chen went to school in his village and received an education. Later, he managed to educate him self in legal matters, and as a young adult began to take cases contesting local implementation of forced abortions by the One-Child-Policy. His activities did not escape the attention of local authorities, who began to harass and intimidate him. He served 4 years prison and an on-going house arrest after prison term. Reported from his villagers that he was brutally beaten for four straight hours during July. All visitors and reporters were beaten away by thugs hired by local authorities.