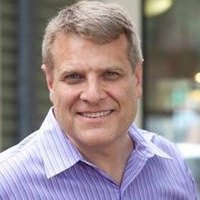 Professor David C. King is Senior Lecturer in Public Policy at The Harvard Kennedy School and Faculty Chair of the Masters in Public Administration programs. Professor King is the primary faculty contact for students in the two-year MPA and the one-year Mid-Career MPA programs, for which he also chairs the Admissions Committees.  Professor King chairs Harvard’s Bi-Partisan Program for Newly Elected Members of the U.S. Congress, and he directs the Executive Program for Senior Executives in State and Local Government. Since joining the Harvard faculty in 1992, Professor King’s courses have focused on Legislatures, Political Parties, and Interest Groups.  He is also a member of the core faculty within the Carr Center for Human Rights Policy and a faculty affiliate of the Taubman Center for State and Local Government. In the wake of the 2000 presidential elections, Professor King directed the Task Force on Election Administration for the National Commission on Election Reform, chaired by former presidents Gerald Ford and Jimmy Carter. That effort culminated in landmark voting rights legislation signed by President Bush in late 2002. He later oversaw an evaluation and new management structure for the Boston Election Department, and he served on the Advisory Board of AmericansElect.org. Professor King is the author, co-author, and co-editor of three books, and he has published in a range of journals, including The American Political Science Review, and The Journal of Politics.