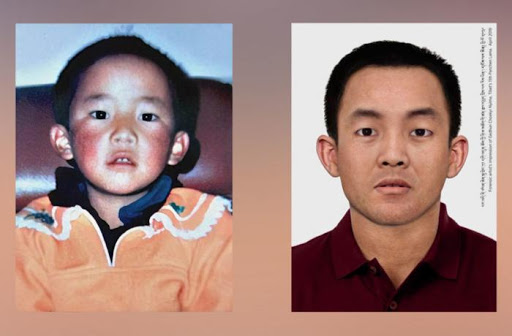 May 11, 2020 By YANG Jianli (Founder and President, Citizen Power Initiatives for China)

Twenty-five years ago, His Holiness the Dalai Lama recognized Gedhun Choekyi Nyima, a six-year-old boy, as the 11th Panchen Lama, the second most well-known religious figure in Tibet.

May 17, 2020 will mark the 25th anniversary of the appearance of the Panchen Lama. His whereabouts remain unknown. Enforced disappearance, as defined in the UN Declaration on the Protection of All Persons from Enforced Disappearance, is a continuous crime until the fate or whereabouts of the disappeared person become known. As such, the enforced disappearance of the Panchen Lama is a crime that has been continuously committed by the People’s Republic of China since that date.

We, Citizen Power Initiatives for China, call on the Chinese government to immediately free him and allow him to return to his monastery, Tashi Lhunpo, and assume his vital role as a religious leader.

China’s attitude toward the Panchen Lama clearly shows that its claim of respecting religious freedom in Tibet-is aimed solely at serving its political goal of controlling Tibetan Buddhism and carrying a culture genocide on the Tibetan people.

We condemn China’s continued colonizing policy in Tibet and call on the world democracies to confront China on the issue of Tibet. On the religious level, the world democracies do not have, and neither do Chinese who are not Tibetan Buddhists, the right to interfere with the decisions regarding the succession of the Panchen Lama or that of the Dalai Lama, which absolutely rests with the Dalai Lama, Tibetan Buddhist leaders and the people of Tibet. But on the human rights level, we all have the duty to defend a religious group and people from unspeakable bullying by a governmental despot.