May 1, 2017 | News, Publications, Rule of Law in China, Statements, Tiananmen Massacre to Memory of the World Register

IFC Statement on the Trial of CHEN Bing, FU Hailu, ZHANG Juanyong, and LUO Fuyu
We are shocked to learn that the Chinese Communist regime is to put CHEN Bing, FU Hailu, ZHANG Juanyong, and LUO Fuyu on trial for so called “Inciting subversion of state power”, a catch-all crime to incarcerate human rights activists for their free speeches. One of the four activists, CHEN Bing, was an ordinary participant in the June 4 student movement that took place 28 years ago, and was arrested in 2016 for commemorating the 27th anniversary of the Tiananmen crackdown by promoting a Chinese alcohol with a ‘June 4’ label including a picture of the “Tank Man”.
We deeply regret that the regime shows no remorse for the Tiananmen Massacre which resulted in hundreds or even thousands of protesters being killed by the People’s Liberation Army.  We believe that facing up to that tragic event presents an opportunity for Beijing to reverse its policies against the Chinese people, accept universal values, reveal the truth about the massacre, and achieve national reconciliation. However, since XI Jinping took the helm, the Chinese Communist regime has intensified its persecution of all political dissidents in the name of anti-corruption and national security.
We hope that the Chinese government sincerely listens to the voices of the opposition at home and abroad, and immediately stops the political persecution of CHEN Bing and his fellow dissidents. We also encourage the judges to decide these cases in the spirit of judicial independence and the conscience of man, or to resign in protest of the regime’s trampling down of the law.
Lastly, we urge the international human rights community to watch their trials closely and call on the Chinese authorities to immediately and unconditionally end their trial, and release CHEN Bing, FU Hailu, ZHANG Juanyong, and LUO Fuyu as they have been put on trial solely for exercising the rights to freedom of expression. 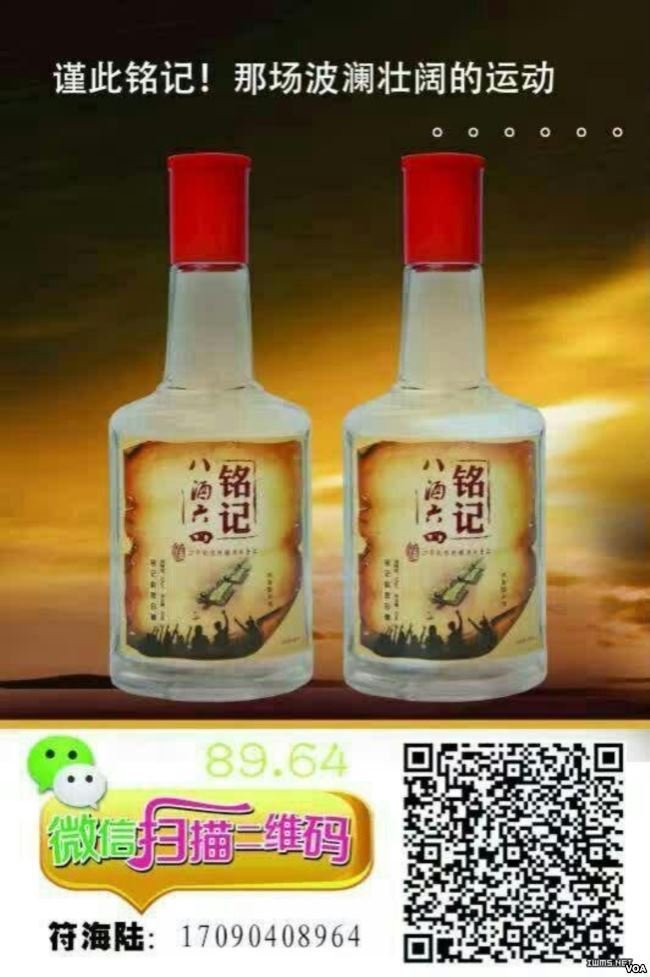 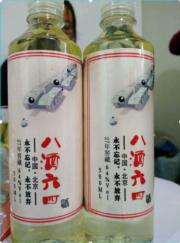 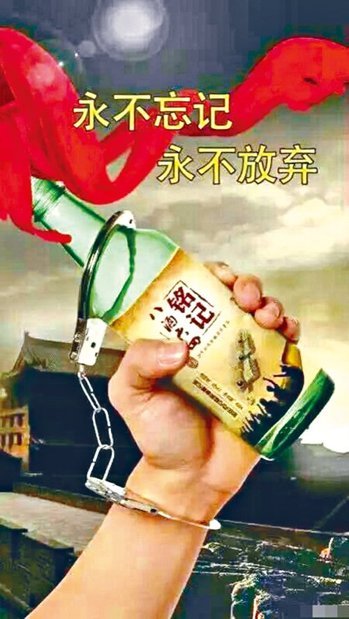 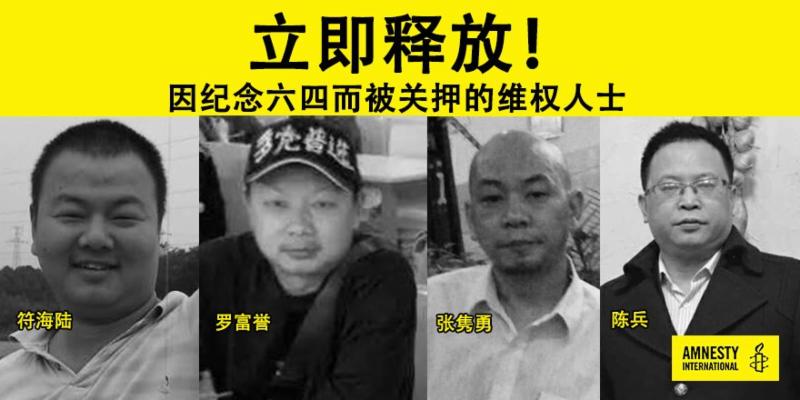 Image of the four activists released by Amnesty International
ShareTweet