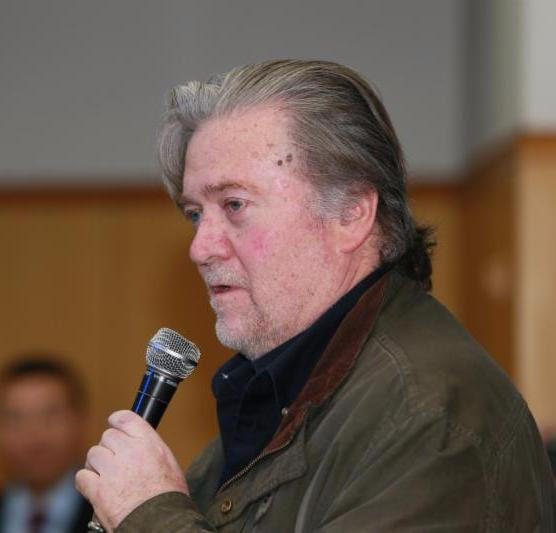 Former White House chief strategist Steve Bannon delivered his much-anticipated keynote speech on the morning of the second day of the conference. In his wide-ranging speech –which Mr. Bannon described as his first international speech–he focused his remarks on the rise of China and the failure of previous U.S. administrations as well as China pundits to adequately recognize and address the consequences of China as an emerging global power.
Bannon spoke at length about Xi Jinping’s consolidation of power and his recent 3.5 hour-long speech at the 19th Party Congress in October, which Bannon described “as a wake up call to the world.” Rather than a liberal, democratic China that many had expected would develop as China embraced capitalism, what we have seen emerge instead is a Confucian, mercantilist, and authoritarian model.  Bannon described Xi’s speech as walking us through, step by step, on how China would achieve “global hegemonic dominance,” and that people in the U.S., including the media, need to be paying a lot more attention than they are.  Bannon said that in his 19th Party Congress speech Xi was announcing that China had won, and that the liberal, free market system had lost.
According to Bannon, Xi’s One Belt One Road (OBOR) initiative marks the geopolitical expansion of China’s power. China is also well positioned to take the lead in AI, 5G technology, and financial technology. Regarding the U.S.’ massive trade deficit with China, China’s currency manipulation, and the issue of forced technology transfer from U.S. companies to China–the price of market access­­–Bannon described the U.S.’s position vis-à-vis China as that of a “tributary state.”
Bannon described the working class and middle class as having borne the brunt of Washington’s failure to confront China on these issues, a phenomenon that he characterized as “managing the decline” of the U.S. Brexit, Trump’s victory and other developments in Europe indicate that a populist movement is emerging on a global basis; working class people are coming together to ensure their voices are heard.
Bannon said his message to the Conference participants is that it all comes down to the “little guy”: the forgotten man.  He urged the attendees to make sure their voices, and those they represent, are heard. Unite.  “The burden is on you,” Bannon said. 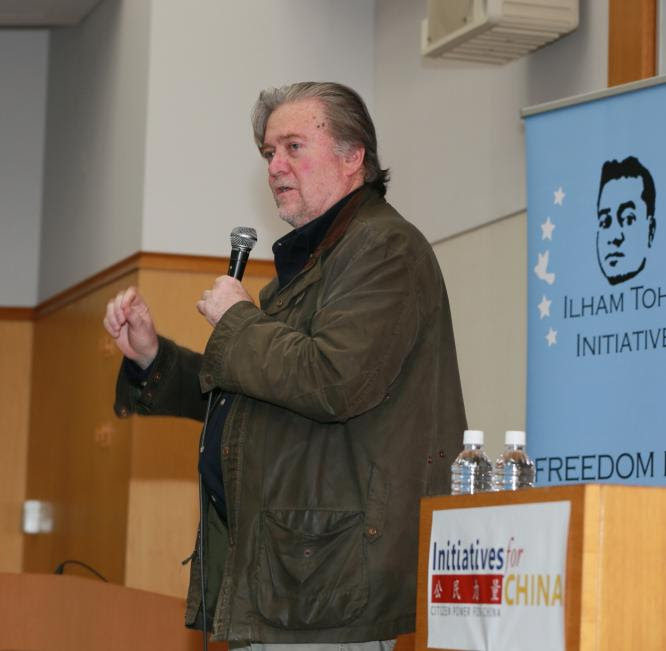