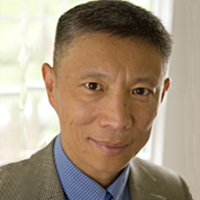 Dr. Lianchao Han is a long time pro-democracy activist. He began his advocacy in the late 1970s in China as a student leader in Hunan and was one of the organizers of the early student protests for free elections in China. Dr. Han worked in the Chinese Foreign Ministry after graduating from law school. He later left China to study in the U.S.

After the Tiananmen Square Massacre in 1989, Dr. Han was one of the founders and the first vice president of the Independent Federation of Chinese Students and Scholars, the largest overseas pro-democracy organization, and successfully worked to influence the U.S. human rights policy toward China.